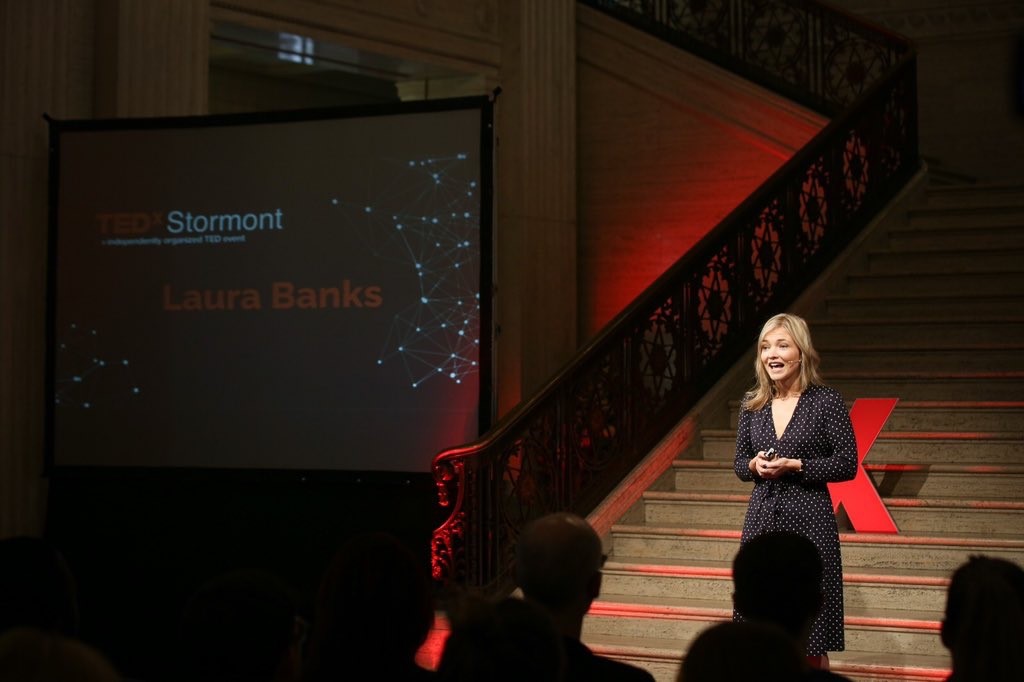 Belfast solicitor Laura Banks, who acted for Siobhan McLaughlin in her UK Supreme Court challenge to the rules governing the payment of a Widowed Parent’s Allowance, was the first of 18 speakers at the recent TEDxStormont event in the Parliament Buildings.

Ms Banks, a solicitor at Francis Hanna & Co, was invited to share her ideas and vision for a better society in Northern Ireland and beyond.

She took her place on the iconic “red dot” to speak about about the inception of the landmark UKSC case, telling the story of discovering that thousands of co-habiting families were being denied support and setting about challenging it while being told by others that it wasn’t possible.

Ms Banks went on to eventually win the case, with the UKSC ruling in August 2018 that the UK government’s policy represented unlawful discrimination and was incompatible with human rights law. The case is expected to bring about widespread reform of bereavement benefits, impacting thousands of families throughout the UK.

She told guests: “There are so many injustices in our society and each of us can and should play a part in challenging them. Don’t leave it to lawyers and politicians and people who think know more than you do. Trust your gut and believe in yourself.”

She added that compassion is something that isn’t always synonymous with the perception of lawyers but how it is essential in all professions and aspects of life, if we are to make our society a fairer place.

Speaking after the event, Ms Banks said: “It was a huge honour to be part of such an inspiring, uplifting day. To share the stage with and hear ideas from such an array of inspiring speakers was a wonderful opportunity. It gave me real food for thought on how we can all shape a better society.

“I was particularly glad, as a lawyer, to speak about the role that the law has to play in making a difference to people’s lives – a message which often gets forgotten. My key message was really that we all have a part to play in challenging injustice and that if we believe in ourselves and work together to inspire each other, anything is possible and we can make a difference.”