Blog: A look at the current backlogs in the Appeal Courts 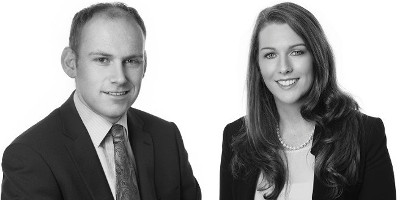 Two years after the establishment of the Court of Appeal, Ronan Daly Jermyn’s Ronan Geary and Lisa Mansfield look at the effect the new court is having on the backlog of appeals in the Irish court system.

Under its new constitutional jurisdiction the Supreme Court hears appeals on points of law of general public importance or where it determines that the interests of justice warrant an appeal. It is now designed to concentrate on the cases of the greatest significance and where the decision would generally have systemic effect. All other appeals are now heard by the Court of Appeal.

Having retained 821 appeals and transferred 1,350 appeals at the time of the establishment of the Court of Appeal, the Supreme Court disposed of 708 legacy (backlog) appeals in 2014 and 447 in 2015. The Supreme Court continues to sit in two panels to deal with new and legacy appeals. The older appeals - and five year backlog - will have been resolved by the end of this year.

In 2017 new cases that reach the Supreme Court can aspire to being fully dealt with after six months - if leave to appeal is allowed and the case goes to full hearing. Where leave to appeal is not granted, obviously such determination will be issued in a much shorter timescale. More complex issues may take longer but should still be finalised in less than 12 months.

Unfortunately it’s not all good news. While the Supreme Court has effectively dealt with its backlog, it has to some effect “kicked the can down the road”. A backlog of some 1,800 cases are waiting to be heard in the Court of Appeal. Seth Barrett Tillman, a law lecturer in Maynooth University has crunched the numbers and in a recent article in the Irish Law Times¹ has suggested that at the current rate, and assuming the number of appeals does not grow with time, the total backlog in the Court of Appeal could take 11 years to clear.

It’s clear that further action is needed if the backlog is ever to be cleared. Once the now delayed Case Management Rules² come into effect, delays in the High Court should be reduced. However, a quicker route through the High Court may inevitably just add to the logjam in the Court of Appeal.

Senior members of the judiciary have asked for more judges to be appointed to the Court of Appeal to ease the backlog, but reports in the media suggest that political wrangling will prevent any further judicial appointments, certainly in the short term.