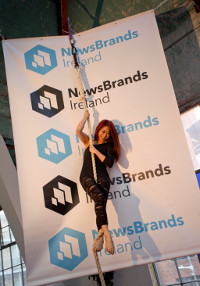 Ireland’s newspaper industry association, NewsBrands Ireland (NBI), has called for Ireland’s defamation laws to be “brought into line with the rest of Europe”.

It said: “Defamation awards are much higher here than the rest of Europe. The decision of the Supreme Court to award €1.25 million in a case which it accepted was not the most serious of defamation actions puts Ireland wholly out of kilter with its neighbouring jurisdictions. The award is approximately ten times higher than would have been made in the UK.

“Ireland is also the only country in Europe where defamation actions are heard before a jury. In Britain, trials are held without a jury ‘unless the Court orders otherwise’.

“The retention of the jury system creates delays and also a lack of certainty for publishers who have no way to ascertain the extent of their potential liability.  As a result, many newspapers simply won’t take the risk of publishing an article. This has a chilling effect on the media’s role as the watchdog of the public and is at odds with the theme of this year’s World Press Freedom Day – Access to Information and Fundamental Freedoms: This is your Right.

“It is time for Ireland’s defamation laws to be brought into line with the rest of Europe.”