Over £2,000 raised by immigration solicitors presented to Barnardo’s 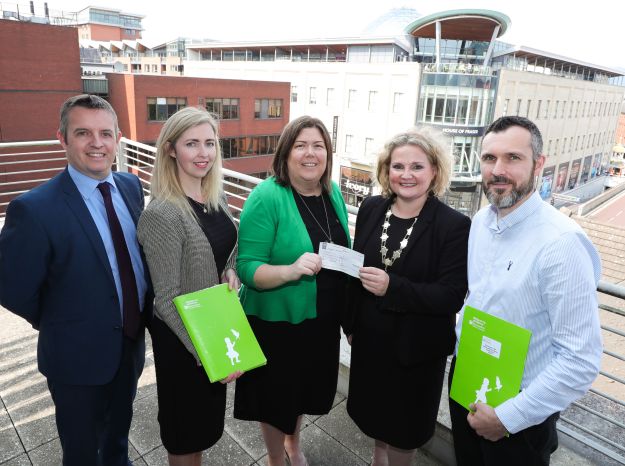 Over £2,000 raised by immigration solicitors in Northern Ireland has been presented to children’s charity Barnardo’s.

Suzanne Rice, president of the Law Society of Northern Ireland, presented the cheque to the charity’s director Michelle Janes and Jim Devine.

Ms Rice was joined at the handover by John Mackell, head of complaints at the Law Society, and Maria McCloskey, committee member of the Law Society’s Immigration Practitioners’ Group.

The money had been raised at the inaugural conference of the Immigration Practitioners’ Group last November, attended by over 90 delegates from Government, community, voluntary organisations and the legal profession.

Ms Rice said: “The Society is delighted that the money raised from our immigration conference last year will help support the ongoing and invaluable work of Barnardo’s who support the UK’s most vulnerable children and young people.”