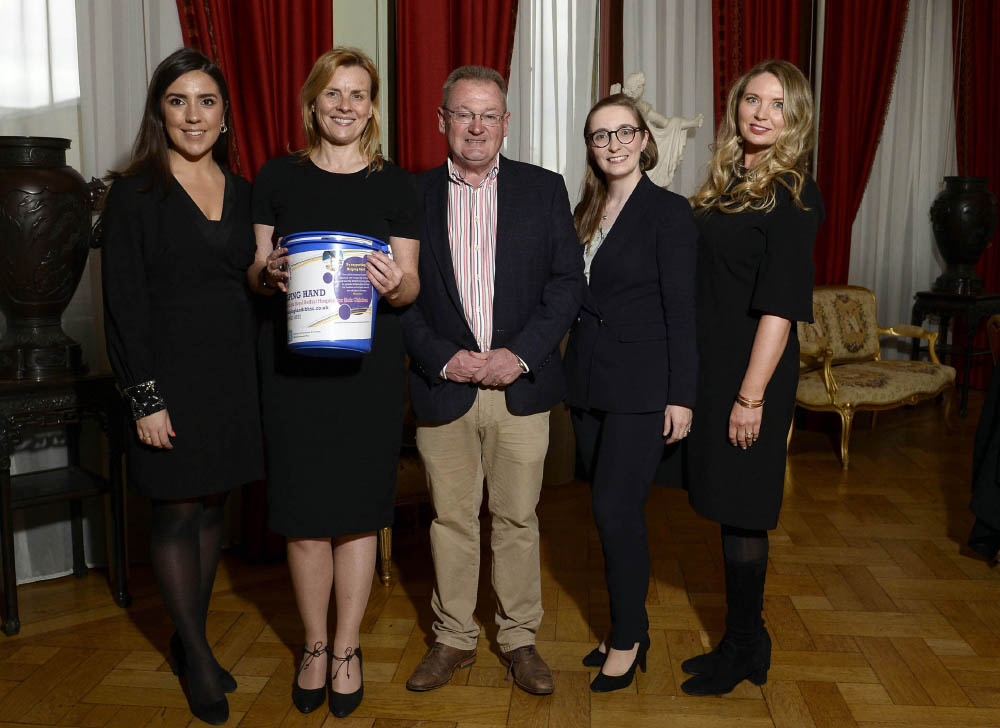 The Pro Bono Choir, made up of solicitors, barristers and judges, raised £8,000 for charities Flourish NI and Helping Hand at its annual summer concert.

Nigel Kearney from Helping Hand, the charity of the Royal Belfast Children’s Hospital, said: “Helping Hand would like to thank all the members of the Pro Bono Choir and the soloists and musical directors for a magical evening of song in the stunning setting of the Harbour Commissioners Office at the Harmonies at the Harbour concert.

“Thanks also to everyone who so generously donated on the night to raise £4,000 for the Royal Belfast Hospital for Sick Children. All such donations make a big difference to children attending the hospital from all over Northern Ireland.”

Jill Robinson from Flourish NI, which supports survivors of human trafficking, added: “We were delighted to be one of the chosen charities at the Pro Bono Choir’s Harmonies at the Harbour musical concert. It was a truly wonderful evening.

“All monies raised for Flourish will be used to provide direct support services to survivors of modern slavery and will make a real tangible difference to some of the most vulnerable in society.”

The Pro Bono Choir is jointly chaired by Sophie Laverty BL and Tracey Fraser, who thanked their committee, musical director Mark Tilley and assistant musical director Bobbie-Leigh Herdman BL, as well as their supporters and sponsors, for making the concert possible.

The choir’s Christmas concert will take place in the Royal Courts of Justice on the evening of Thursday 12 December 2019. For further information on the choir, please see its Facebook page or email the choir secretary at belfastprobonochoir@gmail.com.